I’m sure you’ll agree with me when I say:

Bobbles are one of the most infuriating and frustrating faults that anyone can face, and will instantly ruin the appearance of your favorite clothes, fabric cushions, and household goods.

That’s why I’ve created a list of the best lint removers 2020. With the right device, bobbles can become a thing of the past, allowing you to restore your items back to perfect condition in a matter of minutes. After extensive research, I’ve shortlisted five sweater shavers that are sure to put the smile back on your face.

When searching the market for the perfect lint remover, you will need to consider several factors. Ease of use, durability, versatility, and value for money are just some of the aspects that must be considered.

In truth, you needn’t worry about additional items such as the size or color of the product’s body. After all, it’s almost certain that your usage will be restricted to inside the home.

Look at the comparison table below for a brief look at the five shortlisted lint removers before analyzing each item on its individual merits.

House of Wonderful’s Wonder Lint shaver is extremely popular among owners, and it’s not hard to see why. The handheld sweater shaver uses a 5w motor, 2.5” head, and precision blades made from stainless steel to provide a premium lint removing experience.

Bobbles can be removed quickly and efficiently while the quality of the shaver prevents clothes and fabrics from becoming damaged. A pair of pants can be treated fully within half an hour with relative ease. Meanwhile, the mechanism of the blades can handle several jobs without showing signs of wear and teat.

Unfortunately, when the blades eventually succumb to this, they cannot be replaced. This is the one downside.

The Wonder Lint shaver can also be used on a wide range of household products and fabrics, meaning it’s like having an all-in-one device. Whether it’s the sofa, curtains, or another item doesn’t matter. This device is more than up to the task. That’s partly because it is, while still handheld, bigger than many of the alternatives on the market.

It would be too simplistic to suggest bigger is better, but the size creates a tougher shaver. It is powered by four AA batteries and comes with an extra cutting head and carry case. While the added power does run them batteries down a little quicker than some devices, it is a small price to pay for the increased quality and reassurance that you won’t encounter snagging.

This lint remover signals a slightly greater investment than some options, but will hardly break the bank. Given the immense quality it provides, this shouldn’t be a factor in your decision-making process.

Tops its competitors with power, performance, and versatility.

Kooder’s two-in-one lint remover comes with a stick brush, meaning you can remove loose debris from the fabric before or after defuzzing it. This makes it a great all-rounder, which is only further enhanced by some of its additional features.

The lint remover is designed with the user experience in mind. A large lint collection tray, comfortable handle, and double battery capacity all encourage an easier process. Most importantly, the 4W output is very consistent for a wireless model.

Despite coming with a charging cable, using the Kooder multifunctional lint remover while charging the batteries is not advised.

The sharp blades do mean that you have to take care. As long as items are placed on flat surfaces, you should avoid creating holes. Meanwhile, the versatile unit can be used to treat household fabrics to get sofas and other furniture looking brand new. In many ways, this is a premium product on a slightly less than premium price tag. This makes it exceptional value.

Could the head be slightly bigger? Possibly. But the few extra minutes spent on fixing garments are well worthwhile once you’ve seen the results.

If you like the idea of a rechargeable model, this powerful tool is a sound option.

The Conair Fabric Defuzzer is a wireless, battery-operated device that sits towards the budget end of the scale. It removes pilling and fuzzes from wool, cotton, and other materials. The device itself is small while the 1.8” head is more than capable of covering quite large areas.

Available in several color options, it’s a particularly pleasing option for those that care about the look more than the feel. Unfortunately, the grip isn’t as comfortable as some of the alternative devices on the market. This wouldn’t be a problem, but the reduced power means it also takes longer to treat those areas. With this in mind, it’s probably best used for minor bobbles rather than items that are heavily affected.

Perhaps the most annoying issue is that the device can see lint get collected in the blades. This is due to the combination of inferior blades and power. This is easily solved by poking them through once the device is safely turned off. Still, it can be a little frustrating.

It would be wildly inaccurate to suggest this isn’t up to the job. Still, the Conair device is best used for lightly affected areas.

As a cheap, wireless product, though, it’s great for removing hairs and slight blemishes while on vacation. So, under the right circumstances, it’s a very useful tool. Not least thanks to the option of three settings.

Moreover, with only two batteries required, you can be sure that the running costs won’t become extortionate. Meanwhile, the likelihood of snagging is minimal, which can be seen as a major selling point too.

A value-priced model with durable performance. You won't find a better value.

The 4W Anwenk electric sweater shaver is capable of defuzzing sweaters, pants, and virtually any clothing that could encounter bobbles. Due to being powered by the mains supply, it also offers a consistent power output while a huge 95” cord makes it a practical solution.

You’ll notice that it’s quite light for a corded device while the grip remains comfortable even during usage. A fairly large 1.9” head allows you to treat an entire garment in a matter of minutes. As long as items are laid out on a flat surface, the device is suited to treating an array of materials too.

While the power remains constant and you can fix clothes in a speedy fashion, turning the device off for one minute after five of usage can aid your comfort and prolong the lifespan of your shaver.

The Anwenk electric sweater shaver isn’t primarily built for cleaning pet hairs, but is more than capable of removing a light coverage. For the best results, though, you’ll want to follow this up with other traditional treatments. As far as removing lint and bobbles is concerned, the sharpness of the blades means that you need to take care. Once used to the pressure needed, you should be fine.

Due to the corded feature, you are a little limited in terms of not being able to use it when out and about on road trips etc. In truth, though, most of your defuzzing activities are going to take place inside the home anyway. So this shouldn’t be a major issue.

While not the cheapest option on the market, it’s far from being the most expensive. It’s probably a halfway point, offering the best of both worlds, especially if you are eager to have a corded feature.

Not as versatile as other models we tested, but it's a solid choice if you are looking for a powerful tool.

The Luvolux is a corded handheld lint remover designed primarily for clothes, although it can handle some household items too. With a 4W power output and 68” cord, it is a fairly powerful device that can defuzz and remove bobbles and blemishes from your favorite clothes.

However, you should know that the vibration and power can result in causing damage to items. A tight grasp at all times is essential.

An adjustable head gives the user enough versatility to handle both short and long fibers while the handheld device will run smoothly over the affected areas before the blades get to work. Despite the power, though, it may still take several attempts to get all bobbles removed. While a little more time consuming, this doesn't impact the end result, which is a fair compromise given the price – particularly if you only intend to use it on an infrequent basis.

The blades perhaps don’t offer the same level of durability as some, but spares are provided while extras can be purchased as and when needed. Then again, at the affordable price, you may just choose to replace the whole unit on a periodic basis.

Shaking aside, it’s a fairly comfortable device to use. So, as long as you have a power socket in the room you wish to use it, there’s little to worry about. Lint is collected and easily removed once the storage container is full.

Most of the negatives linked to buying the budget option relate to the housing rather than the final outcome. So, if you’re happy to put up with those minor issues, this can be a great solution. Still, those that want every aspect of those lint removing tasks to run smoothly may wish to look elsewhere.

It has a few convenient features, but others we reviewed have more to offer. 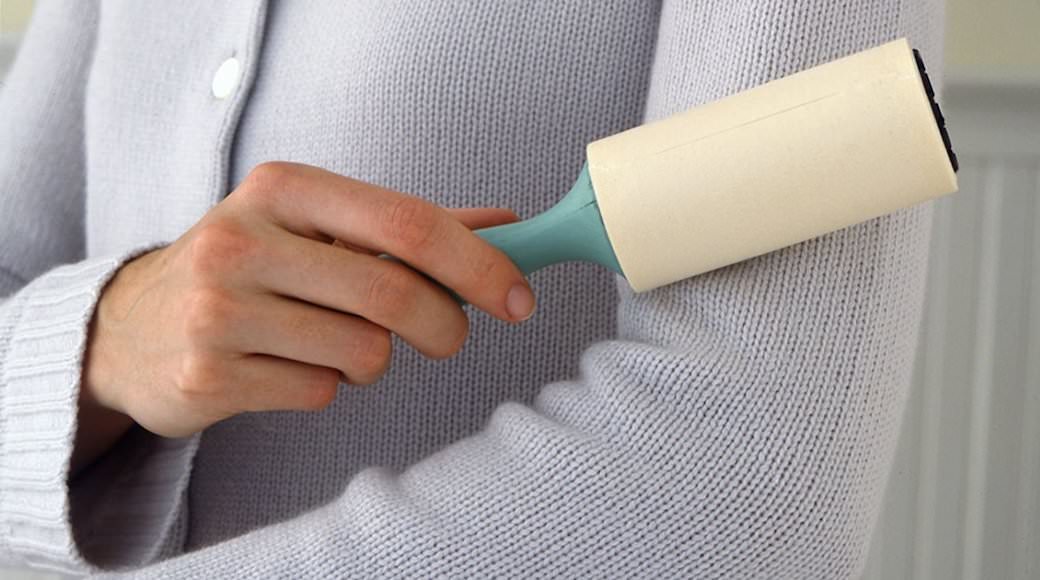 The small devices may not seem like the greatest investment you’ll make this year, but they can be a life-saver. Bringing old clothes back from the dead has never been easier, and the lint removers are far better than a basic lint brush.

Different users may have slightly contrasting needs, but most share the same priorities. Ultimately, you need a device that produces great results to make tired looking products look brand new once more. If this can be done in a fast and cost-effective manner, that’s even better.

Additional features, such as lint storage container capacities and the choice between corded or battery-operated is often a matter of personal taste.

Quite often, multifunctional tools fall into the ‘Jack of all trades, master of none’ category. However, the Kooder Multifunctional Lint Remover is our favorite device.

It’s wireless without encountering the ongoing operational charges of normal battery products. The fact it collects a lot of lint before needing to be changed is great, and the secondary brush feature is a nice addition.

Most importantly, though, it provides stunning results with minimal chance of making holes.

Those wanting a quick job while retaining that premium feel may choose the Wonder Lint while those looking for a budget solution for infrequent use may prefer Anwenk. For most users, though, I’d suggest the Kooder every time.